The Postmodern Church: a Mosaic coming together out of Diversity

“Unless the church (wants) to become a small, isolated enclave that can only talk to its own, we (need) to welcome people in from the nonchurch majority, with all their questions, uncertainties, skepticism, and honesty, which (requires) first of all that we (listen) to them without judgment and understand them without condemnation.”[1]

When speaking about a notion of church in the 21st century we must go beyond John Calvin’s definition of church as an “assembly of saints in which the Gospel is taught purely and the sacraments are administered rightly”[2]. Today, a colorful, vivid, varied, powerful, complex but paradoxically simple image of a mosaic seems more appropriate to illustrate an emerging notion of church. The church of the future replaces unilateral “teaching” with interactive learning and “administering” with participatory and communal sacramental experiences. Pluralism and diversity are no longer related to demonizing doctrines but are now essential platforms from which to build a notion of church pertinent, alive and prophetic; “we now need an openness of spirit and a creativity to assess the needs of the current and the future generation and to plan a form of ministerial preparation and organization that is appropriate”[3].

As Ted Peters points out “as we move into the postmodern era, even delegated authority may be gradually replaced with networking”[4]. As part of and emerging post-modern society, people experience God through relationships, connectedness, multisensory and personal experiences rather than rational certainty or religious hierarchical impositions. Passivity has been substituted by experience and participation, as well as religion has been transcended by spirituality.

As Avery Dulles pointed out “the church will have to make adjustments in order to survive in the society of the future and to confront the members of that society with the challenge of the gospel”[5] As far back as 1974, Dulles noticed five trends in the history of the church caused by the impact of secularization which he predicted would continue; and which I see as part of the defining factors for a change towards an emerging notion of church which is contextual, sensorial and participatory; rather than the traditional models of church which are determined by ecclesiastical, doctrinal and theological heritage.

These five trends are: modernization of structures (the task of Christianity will be to harmonize the right kind of functionalism and accountability with the evangelical idea of pastoral office as a representation of Christ’s own authority), ecumenical interplay (to find methods to overcome the inherited divisions so Christian in different denominational traditions may find each other once again in the same community of faith, dialogue and worship. Short of full reunion there may be many possibilities of mutual recognition, doctrinal accord, joint worship and practical cooperation), internal pluralism (the church must decentralize itself and enter into the life of different people), provisionality (the church must not allow itself to become a mere relic or a museum piece. It must prove capable of responding creatively to the demands of new situations and generations to come) and voluntariness (anyone at anytime will be able to opt out of the church without fearing legal or social sanctions. The church will have to rule more by persuasion and less by force).[6]

The images we extract from the bible have turned into symbols, which allow us to relate with the Intangible and Transcendent, with the Sacred; these in turn shapes our notions of church. In my notion of church diversity and plurality find a seat at the table where the bread and the wine unite us as part of the Body of Christ. Images taken out of the bible become the symbols of our faith, and eventually shape our notions. The church as a creator of a homogeneous society no longer holds. Today the relevance and liveliness of the church seems to rely on freedom, consensus and dialogue rather than force, absolutism and judgment. Pluralism and diversity seem to be the tiles of this mosaic, which gives a visible shape to the body of Christ, and constructs the face of God in the world out of individual pieces. For centuries the church tried to create a homogeneous society, which reflected its model, today notions of church should emerge from a conversation with society rather than imposing it.

To arrive to some conclusions about notions of church in the 21st century is not an easy task. Being able to delineate a notion of church without taking the “via negative” could be the most difficult approach, but the reflections from the visits to many online churches have made me focus on what resonates in me and what resonates in other people’s hearts that make them respond and connect with any particular model or notion of church and feel called by God.

Some successful online churches in the United States call my attention for their emphasis in relationship and personal stories. Others seem more as a contemporary adaptation of the institutional model with strength on Kerygma that could lead to fundamentalism, despite the use of postmodern means of communication. Regardless of our preferences, diversity of opinions or concerns, every megachurch or church with a strong online presence is dealing with some of the five trends Dulles predicted more than 50 years ago as a result of the impact of secularization: modernization of structures, ecumenical interplay, internal pluralism, provisionality and voluntariness.

I use a mosaic as a symbol to illustrate a notion of church for the 21st century, because every tile has a life of its own, but the image cannot be whole without that one tile. For centuries the institutional model of church have intended to prove society that we cannot live without the church, but that time is now long gone. Society has proved the church that they may very well live without an institutional model of the church. If that is so, what now?

A notion not a model, brought out of experience, relations and connection could make the church survive the impact of secularism and the resistance of the modern generation to the relativeness of the post-modern emerging society. Referring to Dulles trend of provisionality our notion of church should provide a space to respond creatively to the situations and needs of the emerging generations. This includes the use of new media and contemporary means of communication and connectivity without demonizing or underestimating.

According to the Gospel of Mark, Jesus spoke to the people of his time in many parables in a way that they could understand (Mk 4:33). Jesus himself contextualized the message using the necessary means to get it across. It is in Jesus that we find the answer to the challenges of developing a notion of church. Wesleyans could say that tradition, scriptures, experience and reason might be the key, and it might; but Jesus is still the pole and corner stone that holds it all together.

The image of Jesus as pastor leads us towards a notion of church with an important mission to accompany and care; while his image as teacher drives us to a notion with a strength in transformation through the reformation of the thought. Even so, some empty spaces need to be fulfilled by the images of the Good Samaritan and the Bread and the Wine. In the Good Samaritan and the Bread and Wine we find the symbols of an inclusive faith, salvific and full of hope despite our differences, faults or sins. In those symbols of the Christian faith we find the love of God inclusive to every man and women regardless of religion, race, nationality, gender, sexual or political orientation.

More than a notion of church, this is the community of disciples that the gospels lead to: a church were lay and clergy could participate without hierarchical divisions, where evangelism and mission will be done with no intention to proselytize, where membership will not limit or restrict, and where sacraments will not be given with exceptions; malleable enough to embrace without distinction, but firm when the values of justice, love and compassion are threatened. But most important, a notion of church that stresses a body immerse and part of society and not separated from it, creating spaces of superiority; a church that will become a transforming force to accompany others in a liberating process.

For centuries, religions have pushed the marginalized and the suffering to a system of spiritual oppression which, rather than healing condemns and rather than liberating, it imprisons. Facing the marginalized of the 21st century, such as addicts, homosexuals, abused women and children, the elderly, and others in a place of disadvantage, we must feel compelled to take a step towards presenting an image of Jesus who liberates, loves and dignifies humanity. This image should be one that helps them rebuild their own image of self, when feeling accompanied by a God who embraced our humanity just as is, and carried it with dignity to the cross in order to heal us, transform us and save us, temporally, as well as eschatologically. This image of Jesus should be central in our new understandings of church. This image of Jesus can become palpable when we build with deference and respect the mosaic of our notion of church where every tile is indispensable and equally valuable to the other regardless of its size, color or shape. 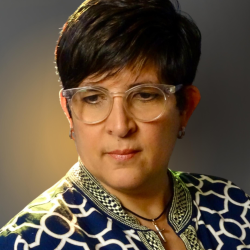 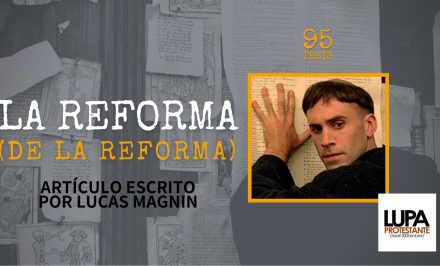 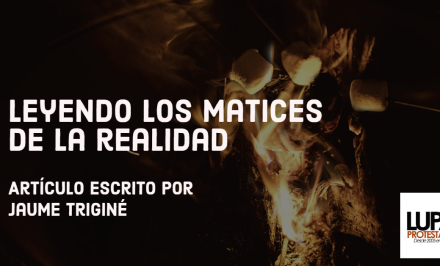 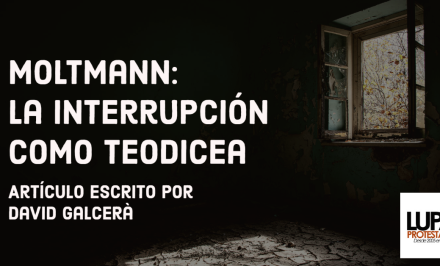 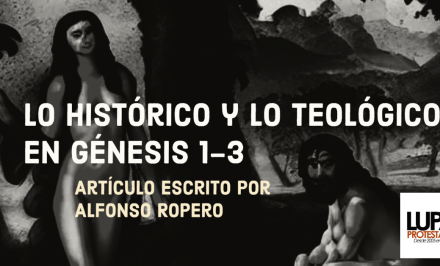 Bad Behavior has blocked 912 access attempts in the last 7 days.

This website uses cookies to improve your experience while you navigate through the website. Out of these, the cookies that are categorized as necessary are stored on your browser as they are essential for the working of basic functionalities of the website. We also use third-party cookies that help us analyze and understand how you use this website. These cookies will be stored in your browser only with your consent. You also have the option to opt-out of these cookies. But opting out of some of these cookies may affect your browsing experience.
Necessary Siempre activado
Necessary cookies are absolutely essential for the website to function properly. This category only includes cookies that ensures basic functionalities and security features of the website. These cookies do not store any personal information.
Non-necessary
Any cookies that may not be particularly necessary for the website to function and is used specifically to collect user personal data via analytics, ads, other embedded contents are termed as non-necessary cookies. It is mandatory to procure user consent prior to running these cookies on your website.
GUARDAR Y ACEPTAR