Then Paul stood in front of the Areopagus and said, “Athenians, I see how extremely religious you are in every way. 23 For as I went through the city and looked carefully at the objects of your worship, I found among them an altar with the inscription, ‘To an unknown god.’ What therefore you worship as unknown, this I proclaim to you.

The God who made the world and everything in it, he who is Lord of heaven and earth, does not live in shrines made by human hands, 25 nor is he served by human hands, as though he needed anything, since he himself gives to all mortals life and breath and all things.

From one ancestor he made all nations to inhabit the whole earth, and he allotted the times of their existence and the boundaries of the places where they would live, so that they would search for God and perhaps grope for him and find him—though indeed he is not far from each one of us. For ‘In him we live and move and have our being’; as even some of your own poets have said, ‘For we too are his offspring.’  Acts 17:22-31New Revised Standard Version (NRSV).

I was studying Clinical Psychology in the Philosophy Department in my university in Paraguay when I became a “born again christian”, and immediately I joined the evangelical campus ministry that was working there. After my weekly meetings I used to feel that I had to do what Paul did in Athens! I had to tell my “pagan” classmates that there is just one and only way to follow God and that all their other ways were wrong.

I had a friend who was a wonderful caring person and also was an atheist. One day she asked me: “What do you think will happen to me when I die. Where will I go?”
Without hesitation I said: “You’re going to hell”. She looked at me for few seconds and finally said: “I knew you were going to say that”

So, when I came to this text from the lectionary for this week I read it carrying the whole burden of my evangelical background. I also was familiar with the missiological interpretation of the text. I already knew that that interpretation states that Paul was right criticizing polytheism in Athens, and he was completely entitled to tell them what they should believe.

Paul said that the God he is presenting to them “made the world and everything in it, he who is Lord of heaven and earth”. Paul used the term Kyrios that in Ancient Greece meant the lord, or master, the man who is entitled to authority. For example, any respected woman in that society couldn’t have any property without the permission of her Kyrios (husband, father, brother, or any man from the family).

Using this word Paul is adapting the gospel to the social structure of his audience. He is not challenging patriarchy or saying anything new for them. They already had dozens of gods that claimed to have power to rule the world, to punish them, and bless them if they worshipped him correctly. But this new god claimed something specific, Paul said that “from one ancestor he made all nations to inhabit the whole earth”. He may be referring to Abraham and therefore talking about the jewish people as the chosen ones for god. He is being very specific about his intention of converting his listeners–to make them believe what he believes.

Well, who doesn’t want that? Would I be here if I didn’t want you to listen to and believe what I say?

Also, of course I don’t expect that Paul would be a feminist, as that is an anachronistic idea. I am not even blaming him for re-enforcing kyriarchy,  the idea of god as a male ruler. What I am trying to do is to read the text with my 21st century lenses, struggle with my own prejudices and find new meanings from it. In other words I am trying to live successfully within the tension of being a woman who has faced and suffered the many and multiple manifestations of patriarchy and yet still claim proudly my christianity.

Then, for me, the interesting part of this message is when I realize the irony of the content. Paul used a phrase from a pagan source to talk about the God of the Israelites.  When he says: ‘In him we live and move and have our being’, he is quoting a phrase that was written by the greek philosopher named Cleanthes and it is part of a Hymn to Zeus. So the worshippers of Zeus sang that to him. And now that phrase is quoted and quoted in our churches to describe the judeo and christian God.

But before quoting this extract of the Hymn to Zeus, Paul said: “they would search for God and perhaps grope for him and find him—though indeed he is not far from each one of us.”

How is it possible that Paul didn’t see the truth– that the Divine WAS indeed with them? Why would he assume that their search didn’t allow them to already “grope and already find” the Spirit of Life?  Is the fact that they did so in their own terms, with other signs and other names, that confusing to him? Wouldn’t it be an act of distrust from Paul to think that the Divine wouldn’t be merciful enough, loving enough, marvelous enough to also be close to these people in Athens? Or the native populations in the Americas, or the indigenous people in Africa and Asia before colonization? Was this judeo-christian god so small, so domesticated that it could fit in a box that could be loaded onto colonial ships to be sent to “save” those peoples? People that otherwise never ever experienced the Divine in their lives–according to the pro-mission arguments?

This sacred text, ‘In the Divine we live and move and have our being’,  has been so powerfully lived in the history of the church. These statements condense the reality of the deepest communion with the source and ground of all that we know. It says first, “In the Divine we live”. For me is that our breath, our heartbeats, our existence. They are intrinsically in relationship with the Spirit. We live because we are grounded in the one who gives us life, the source of life.

“In the Divine we have our being”, in God we find an identity as beloved children, as peacemakers in a troubled world, as part of the human family, as builders of the kingdom that is here but also not yet. In the Divine we find ourselves and we find others to walk together as members of Wellington that is always searching for God amidst so much injustice and suffering, and we are also always finding her in so much love and hope.

The love and hope that is with us in our inter-faith dialogue efforts, our ecumenical relationships, our day by day living with people that don’t necessarily believe exactly what we believe but we still work together. The love and hope that our beloved Betty Benson lived, giving testimony of her commitment with all the oppressed people in the justice system and beyond.

Years later after that conversation with my friend, Kati and I moved to live together in Argentina. My atheist friend moved to live with us in Buenos Aires. Please don’t ask how she would like to live with me after saying all that I say to her! At that point I had already come out of closet and had been expelled from my church and from the campus ministry. After that my faith stumbled. I have doubts about everything that I believed, and at the same time I wanted to keep believing because that was the only thing that I thought was going to put some sense into my life. The god that I knew was the domesticated god in the box.  It was a very limited entity that demanded absolute loyalty to a specific tradition of faith and was capable of the most hideous punishment if I disobeyed.

But coming out took me violently out of that box. On the other side, I was able to realize that the Divine was so much bigger, so much wonderfully profound, and so much universally present than I though. Then one day could say to my friend: “I was wrong about where you’re going if you die. I no longer think you’re going to hell”.  And she said: “I knew you were going to say that”. 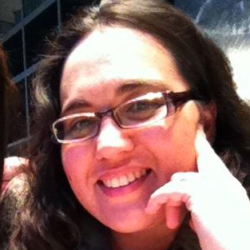 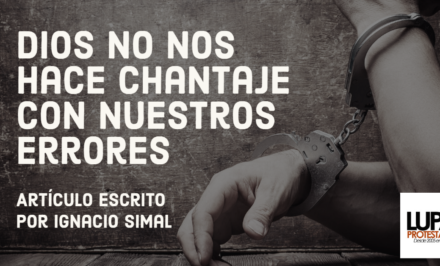 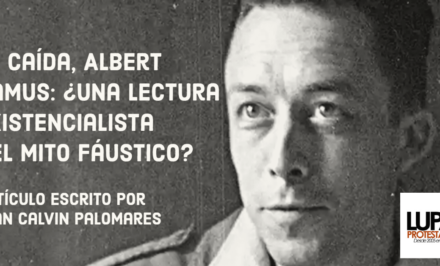 Bad Behavior has blocked 708 access attempts in the last 7 days.

This website uses cookies to improve your experience while you navigate through the website. Out of these, the cookies that are categorized as necessary are stored on your browser as they are essential for the working of basic functionalities of the website. We also use third-party cookies that help us analyze and understand how you use this website. These cookies will be stored in your browser only with your consent. You also have the option to opt-out of these cookies. But opting out of some of these cookies may affect your browsing experience.
Necessary Siempre activado
Necessary cookies are absolutely essential for the website to function properly. This category only includes cookies that ensures basic functionalities and security features of the website. These cookies do not store any personal information.
Non-necessary
Any cookies that may not be particularly necessary for the website to function and is used specifically to collect user personal data via analytics, ads, other embedded contents are termed as non-necessary cookies. It is mandatory to procure user consent prior to running these cookies on your website.
GUARDAR Y ACEPTAR